Tobey or Not Tobey? 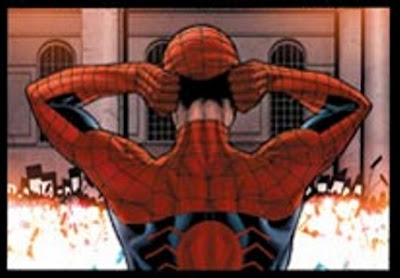 Fans of the Spider-Man movie franchise will be disappointed to learn that Tobey Maguire will no longer be playing the iconic character.
@
According to E-Online, Spider-Man 4 was shelved just days after script problems led to the film's scheduled released being pushed back to May 2011.
@
New plans call for a franchise reboot featuring a teenaged Peter Parker (that's Spider-Man's real name, for the uninitiated)--but not until Summer 2012!
@
As a result, we'll be seeing a new slate of actors in the now familiar roles of Parker, Mary Jane Watson et al. Goodbye, Tobey (so perfectly cast as Peter "even when I win, I lose" Parker). Goodbye, Kirsten Dunst. And goodbye to director Sam Raimi.
@
Given the success of the first three Spider-Man films, we can only hope that franchise 2.0 measures up--and that we haven't actually heard the last from our friendly neighbourhood Spider-Man.
Posted by Unknown at 8:43 PM